Especially the vineyards of Sézannais were affected by hailstorms on Friday, August 9th. Gusts of more than 100 kilometers an hour were blowing in the valley of the Marne, mingled with heavy rains that even gave way to hail in some places.

In two hours, the equivalent of 10 to 20 days of normal rain fell down from the sky.

After the frost of last April, it was yesterday’s hail that compromised the harvest in some places in Champagne. Especially in the village of Saudoy (south of the famous Côte des Blancs), the damage was particularly severe with more than half the harvest considered lost.

The village of Saudoy is an area that is usually spared by the hail. This year, however, they were particularly affected. The whole village and all its vineyards were affected. It's the work of a whole year reduced to nothing, leaving the winemakers trying to select untouched grapes in order to save whatever harvest they can. 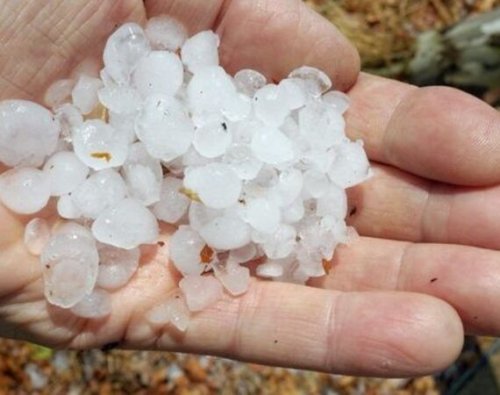