First the virus, now the frost...

While we are all focussing on the effects of COVID-19 on our society in general and the wine business in more detail, cold weather struck last week in the Rhone Valley, the Var, the Gard, Burgundy and the Loire. Frost shattered hopes of a bountiful harvest. With, in places, very severe damage. Winemakers are battling the cold with spraying water and candles!

The drop of cold that set in over France got the better of some vineyards. In the Var, the damage is very marked. Some vineyards suffered negative temperatures during the night of March 24th to 25th and March 25th to 26th. The region expects even more frost. The damage occurred throughout the department, "which is unheard of". Whether inland or along the sea, the bite of the frost can be seen in the vines. But, impossible, for the moment, to estimate the damage.

More widely in the Rhone Valley and the Provence, frost has taken its toll. As a very first estimate a loss of around 30% is expected in the Rhône vineyards; a forecast that will obviously have to be confirmed as the vegetation develops. The damage has raised fears of a repeat of 2017 when frost in April led to a grape harvest that was 16 per cent down on an average year in France, leaving many vineyards close to bankruptcy.

Other regions like Bordeaux, Burgundy, Chablis and Champagne are on high alert and taking action themselves! The situation looks delicate for producers the situation is like a marathon for wineries, rather than a sprint. They are at risk until 12 to 15th of May. So the road is still long.’ 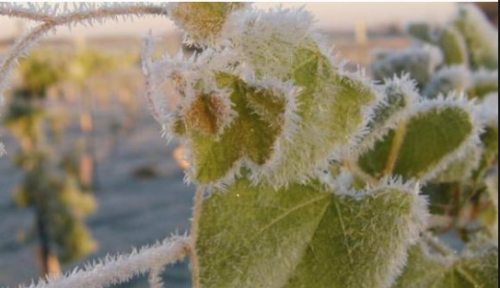 First the virus, now the frost...