Malbec Argentino: the leading grape that the world is choosing

With an export growth of more than 375% in just 11 years and 43,000 hectares planted in the country, Malbec is strengthening its position as the undisputed emblem of Argentina.

As the 9th edition of Malbec World Day approaches, the flagship grape of Argentina is cementing its position on the international stage. The initiative has been promoted by Wines of Argentina, the entity in charge of the global promotion of VinoArgentino, with support from the Ministry of Foreign Affairs, the Argentine Agency of Investments and International Trade and the Argentine Viticulture Corporation (COVIAR), and within the Viticultural Strategic Plan Argentina 2020.

Since its first edition on April 17, 2011, Malbec World Day has positioned itself as a historic event in the global promotion of wine. This year the festivities revolve around the concept "Elegance doesn't need perfection" with the purpose of highlighting its diversity, quality and elegance, as well as its permanent mark in the innovation of the global wine scene.

Regarding the external market, 63.2% of the total marketed is Malbec (based on INVEX data) and, from January to December 2018, a total of USD 481,426,237 was registered as a product of Argentine Malbec that reached the world.

China continues as one of the markets of greater significance. With an expansion rate close to 28% per annum, it ranks sixth in the export ranking with USD 14,997,381. In this sense, China is a clear objective for Argentine Wine in the coming years and where the work of WofA is strategically oriented.

Over the last decade the focus has been placed on terroir to understand its influence on wines and, in this ambitious challenge, Malbec has been the true protagonist for understanding the terroirs and the interpretation of the differences in each vine. Today the flagship variety of our country resurfaces and inspires current styles in the enhancement of taste and perpetual perception, since today's enology does not speak of perfection but of faithfully and subtly representing the place of origin.

This 17th of April, the 9th edition of Malbec World Day, we celebrate the recognition and global scale of a classic varietal par excellence that remains unchanged over time and is constantly being reinvented. "Perfection is not achieved when there is nothing more to add, but when there is nothing left to remove" (Antoine de Saint-Exupéry) and, in this sense, Malbec, far from being perfect, still has much more to offer. 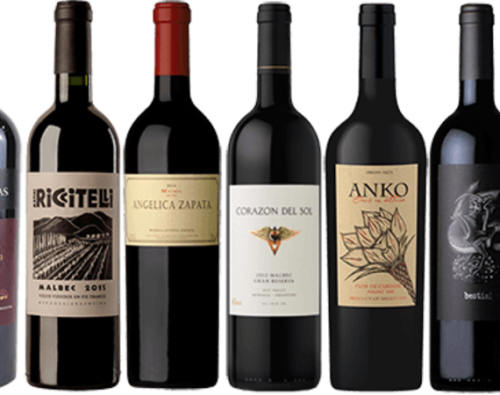 Malbec Argentino: the leading grape that the world is choosing