The harvest in Bourgogne was low this year and some winemakers reported that grapes from famous parcels have been stolen. Around the most expensive vineyards special police patrols are being organised, day and night. “When you steal grapes, you steal the work for a year, and our clusters are worth gold, and cameras are also positioned in the most sensitive areas," says a local winemaker.

Locals claim that it’s often a winemaker, whose vineyards have suffered frost, hail, or burn from the sun. "When the harvest is too small, and your existence is under pressure, it is tempting to steal grapes. And with the scattered “Clos” outside the village, a group of people can quickly collect a lot of grapes.

Now two members of the Beaune Police Watch and Response Platoon (PSIG) in camouflage uniform scrutinize the vines on off-road blue bikes in Nuits Saint Georges. They receive greetings and compliments from the real pickers. During the night three gendarmes patrol by car. 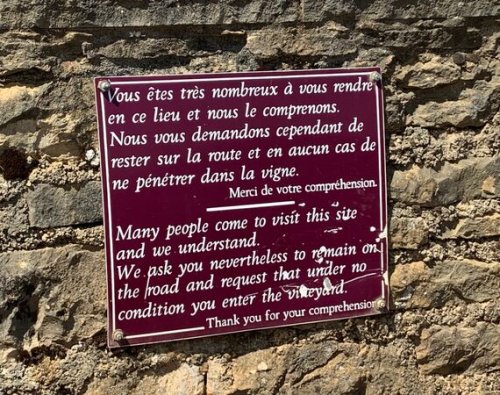