Italy’s hills of Conegliano and Valdobbiadene have been added to the UNESCO World Heritage List.

Le Colline del Prosecco di Conegliano e Valdobbiadene (Italy) — Located in north-eastern Italy, the site includes part of the vinegrowing landscape of the Prosecco wine production area. The landscape is characterized by ‘hogback’ hills, ciglioni – small plots of vines on narrow grassy terraces – forests, small villages and farmland. For centuries, this rugged terrain has been shaped and adapted by man. Since the 17th century, the use of ciglioni has created a particular chequerboard landscape consisting of rows of vines parallel and vertical to the slopes. In the 19th century, the bellusseratechnique of training the vines contributed to the aesthetic characteristics of the landscape. 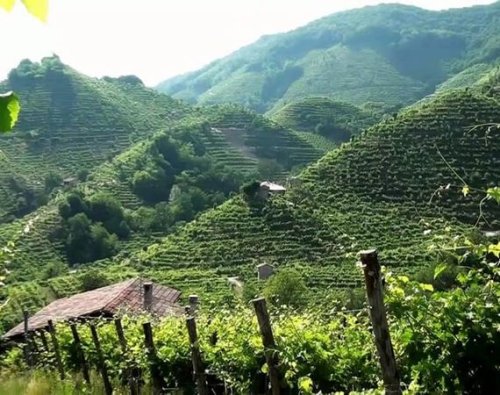