Report on the world vitiviniculture situation

Press Release from The International Organisation of Vine and Wine (OIV)

OIV Director General, Pau Roca, presented the overall report on the wine sector at the 42nd World Congress of Vine and Wine in Geneva, Switzerland.

Increase in the vineyard area
The size of the global vineyard area (regardless of the final destination of the grapes and including vines not yet in production) in 2018 reached 7.4 mha and is slightly higher than in 2017 (+24 kha).

Increase in grape production
In 2018, the global production of fresh grapes (grapes intended for all types of use) is almost 78 mt.

Since 2000, the grape production trend has been on the rise (+1% per year), despite the decrease in the vineyard area (-3% over the same period). This is mainly due to a rise in yields, resulting from the continuous improvement of vinicultural techniques.

The top three European producers recorded a 28% increase in production.

The yield of table grapes reaches 27.3 mt 2018 therefore experienced a decrease of 1.1 mt in comparison with 2017. This decrease in production can be explained by a 10% drop in Chinese production, which represents more than a third of global production.

Nevertheless, with an average annual growth rate of 5%, table grape production has doubled in the last twenty years, contributing significantly to the increase in total grape production over the period.

A historical wine production
Global wine production (excluding juices and must) in 2018 is one of the highest since 2000 with a volume of 292 mhl, representing an increase of 17% compared to 2017. It should be remembered that 2017 was marked by very difficult weather conditions that had affected production in many countries.

Stabilised wine consumption
The available data show a stabilisation of global consumption in 2018, estimated at around 246 mhl.

Since 2014, the trend has therefore been towards a stabilisationor recovery in consumption in European countries, which have traditionally been consumers, as well as the development of new consumption poles, especially in Asia. 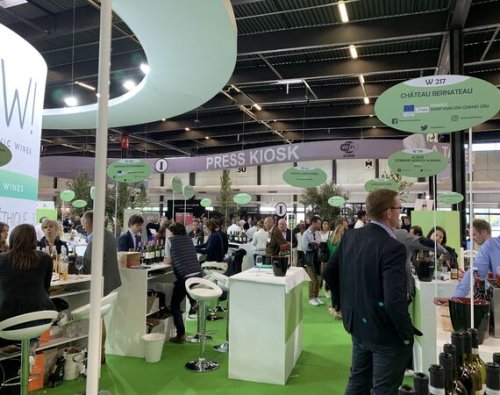 Report on the world vitiviniculture situation